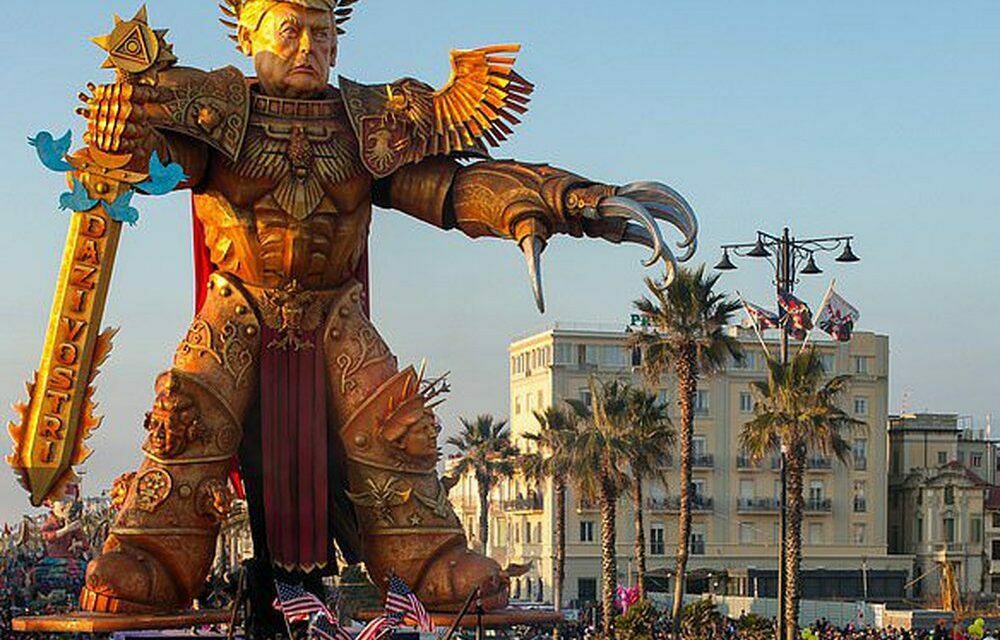 I cannot find a study that empirically analyzes how much time and how many column inches the news media devotes to matters relating to former President Trump.  What he did in the past, what he is doing now, and what he might do in the future is incessant 24/7 news.  There is plenty of room to debate their motivation and fairness – or lack thereof – but the media obsession is obvious.

By my own informal survey, MSNBC leads in its coverage of Trump – and all negative, of course.  CNN comes in second in the amount of coverage – and virtually all negative.  FOX has the broadest range of news and features – and is the most balanced.  Throughout the morning and daytime programming, they put on people of opposing views to duke it out on virtually every subject.  If you do not believe that, take out your stopwatch and a pad of paper and do your own honest research.

Virtually all the MSNBC and CNN coverage is strategically crafted to keep Trump AND Republicans out of office in the future.  They want the next two elections to be about their specious anti-Republican narratives.  The center of that is Trump – linking Republicans to their hyperbolic fearmongering narratives of insurrections, seditions and the imminent collapse of the American democratic republic.

In the hope of making Trump the deciding issue in 2022 – instead of the Democrats’ array of disastrous policies – they cast him as the all-powerful leader that has turned the entire Republican Party into a cult.  They opine that virtually every Republican officeholder, candidate and voter operate out of fear of the mighty Trump or zombie type loyalty to the cult leader.  Some political pundits even claim that Trump has a lock on the 2024 GOP presidential nomination – unless they can stop it.

In several previous commentaries, I have indicated that Trump’s alleged hold on the Republican Party is not nearly as strong as the left likes to report.  I have previously indicated that I would not be voting for Trump in the Republican primary.  Of all the potential contenders, I would vote for one of them before Trump – as I did in 2016.  For me, policies trump personality.  And there are a lot of folks like me.

I have never shied away from criticism of his pugnacious and disruptive personality.  His constant, unnecessary and counterproductive fights with leaders of his own party has caused me to write commentaries in support of such figures as Senate Minority Leader Mitch McConnell, Vice President Pence and others.

Candidates who fully embrace Trump do not do very well.  Many of his claimed wins were candidates who were likely to win with or without Trump’s endorsement.

In the past, I have done something I rarely do.  I gave a very early prediction.  In this case, the 2024 presidential election.  I believe that Trump will NOT be the Republican nominee.  Recent events and polls make me more convinced that my prediction will be correct.

First, we had the results of the 2021 off-year election.  Republicans did quite well – and especially when you consider the constant drubbing the party and the GOP candidates are taking from the media on a daily basis.  That might suggest that the public is not buying into the media propaganda camapigns.

The gubernatorial campaign of Glenn Youngkin was the major indicator that Trump does not have a political golden touch.  Youngkin ran a campaign that essentially said to the voters that he embraces a lot of Trump’s popular policies, but he is NOT Trump’s political doppelganger.

Those candidates who took long-held Democrat offices on Long Island, New York and Seattle, Washington were not running as Trump acolytes.  They ran and won on the unpopular and failed polices of the local Democrats.

This is actually worse for Trump than it appears.  Those queried had to decide between Trump and no other specific person.  Putting on my political analyst hat, I would argue that once there is a “someone” to test against, Trump’s numbers will go down.

The ONLY reason Trump won the 2016 GOP nomination was because the 16 other candidates divided the vote in the early primaries.  The simple truth is that most of Republicans who voted in the primaries in 2016 wanted someone other than Trump.

Since his election in 2016, Trump has never increased his hardcore base.  It has been gradually declining.  He is the only President in Gallup’s polling history who never – not once – achieved a favorable rating in excess of 50 percent.

Odds now favor a Republican takeover of the House – with a good chance of taking the Senate.  Democrats and the media are myopically trying to make a demonized Trump the deciding factor when folks head to the polls next November.  It is not likely to work. It is foolhardy to make one’s political opponent a guy who is not on the ballot.  The Youngkin campaign proved that – and it was not an outlier.

Most Republican voters – as well as registered Democrats and independents – care about the issues.  They have a set of beliefs on how their governments at all levels should operate.  They have core principles.  That is how they vote – selecting the candidate that best reflects their views and concerns.

That is why in the recent election there was an uptick for Republicans among independents, blacks and Hispanics. A lot of folks who do not like Trump cast Republican ballots.  I expect that will again be true in 2022.  Stay tuned.

FYI: I will save you an internet search.  The photo atop the commentary is from the 2019  Carnevale Di Viareggio festival  Viareggio, Italy.

You cannot run the same campaign twice – and win

The 'Pack of Wild Dogs' Theory of Wall Street