The media went wild when BuzzFeed published a gossipy dossier about President Trump on January 10th, just 10 days before his inauguration.

The 35-page document, which Trump called a “failing pile of garbage,” contained details on real estate financing schemes and sexual acts – all based on information from unidentified sources – and accused the Trump campaign of conspiring with Russia to hack Democratic Party computers.

The dossier was compiled by Christopher Steele, a former British M16 officer and Russia analyst. He went into hiding the day after the document was published and wasn’t seen until March 7th.

Most of the dossier’s contents remain unverified, but the document has re-emerged as part of the ongoing Russia investigation.

As I wrote in a previous article, the FBI used the dossier to convince a FISA court to allow them to monitor former Trump adviser Carter Page (whose name appears in the dossier). Page calls the dossier “completely false.” He has plans to sue Obama officials for civil rights violations. “The mistakes are so laughable and humorous they’re beyond words.”

Many lawmakers remain skeptical of the unverified document. When Congress returned to Capitol Hill after a 2-week Easter recess, Senator Chuck Grassley (R-IA) decided to take a closer look at the “dodgy dossier.”

The 83-year-old Senator discovered that Steele was hired to compile opposition research in June, after Trump won the Republican nomination. He was hired by Glenn Simpson, founder of Washington-based, Democratic Party-linked research firm Fusion GPS. His work was funded by Hillary Clinton supporters.

Steele’s report was circulated to reporters and Democrats before it was published on Jan 10th. BuzzFeed’s editor has since admitted that he didn’t think the dossier was true when his liberal site published it. The document was essentially a “data dump of negative campaign research on Mr. Trump,” reports Newsmax.

Carter Page isn’t the only one seeking legal action as a result of the dossier.

The dossier accuses Cohen of conspiring with Russian agents. “I believe the entire dossier to be inaccurate, and worse, completely fabricated. I applaud Aleksej Gubarev in bringing legal action against both Christopher Steele and BuzzFeed for creating and disseminating this fake dossier/information without a scintilla of fact checking. I am currently in discussions with foreign and domestic counsel to file similar actions.”

Senator Grassley is trying to learn more about Fusion GPS, but the company has refused to answer his questions. He’s also looking into the possibility that the FBI made arrangements to pay Steele.

The former British spy has a close relationship with the FBI. Grassley suspects Andrew McCabe, the FBI’s second in command, “could have significant influence over the ongoing investigation into allegations of collusion between Trump campaign associates and Russia.”

Grassley’s aides say the Senate probe must be incredibly thorough because the unverified dossier is still being quoted and used as evidence in Washington.

When a London court forced Steele to talk about his research, he admitted that many of the charges contained in the dossier are unverified. He blames BuzzFeed for publishing it and says his opposition research was never supposed to go public.

He also admitted that the charges against Gubarev came from “unsolicited intelligence” that “needed to be analyzed and further investigated/verified.”

Steele’s court filing blames Fusion for sharing his research when it had no authority to do so. “At all material times Fusion was subject to an obligation not to disclose to third parties confidential intelligence material provided” by Steele.

The fact that Steele included “raw intelligence” in the document raises many questions about his research techniques for the entire project. 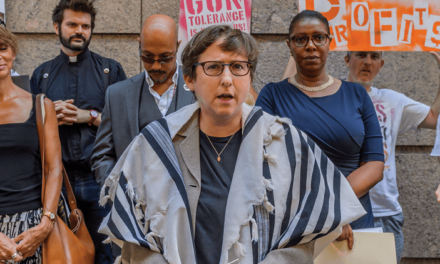