Democrat Senator, and former mayor of ‘beautiful’ Newark New Jersey for about a decade, Corey Booker has been aggressively asserting himself on the political stage during the Kavanaugh hearing. Not necessarily surprising in light of talk of a potential 2020 run; something Booker recently told supporters would be “irresponsible” of him not to consider.

But while the Senator recently notoriously styled himself a modern day “Spartacus” for releasing confidential records during the hearing, it turns out he may be less of a hero of the downtrodden than he believes. In light of his grandiose public displays during the hearing journalists at large have pushed to the forefront a piece of his past that suggests hypocrisy at play, a column in which Booker explicitly describes himself engaging in what is legally defined as sexual assault.

The origins of the controversy are an early 1990s column Booker wrote for the Stanford Daily in which he recounts his actions as a teenager on a 1984 evening that include kissing and groping a girl’s breasts after she had already tried to push him away, and despite her being heavily intoxicated.

Yes, you read that right Booker wrote an article about *himself* committing a sex crime (talk about self-incrimination). But… why?

According to Booker’s own writings, the answer appears to be, strange as it seems, virtue signaling. In fact, Booker’s apparent narrative was that he had learned valuable life lessons from the experience (and later having the girl tell him she was too drunk to consent). Because when it comes to Booker’s sexual assault, all that matters is he learned his lesson… err right?

At least that’s what Booker believes, describing his takeaways from his sex crime and his time as a peer counselor as a “wake up call” that his self-described perception of sex as “a game” of “luck, guile, strategy, or COERCION

“I now see the crowds, no, not the spectators, but the thousands, the millions who are rarely seen or heard,” Booker said in his righteous ramblings, notably ignoring the fact that he had created one of those silenced victims. But hey, at least our presidential savior Spartacus learned his lesson; just at the expense of some ‘peasant girl’.

Author’s Perspective: From Feinstein’s ruining Ford’s life for potential political points, to the treatment of Bill Clinton’s accusers, it’s no secret the Democrat elite have no qualms engaging in questionable behaviors (and that’s being generous) for political ends.

However, this is a previously unventured level of hypocrisy, with Booker literally claiming to have become an ally of sexual assault victims… in the wake of creating one; in fact, *because* of it!

I didn’t think I could be more disgusted with the Kavanaugh carnival yet watching Booker prattle on about his righteousness and support for victims while being an assailant himself as we know now makes me genuinely want to put my fist through the TV (better off anyway).

While ‘saying sorry’ seems to be enough for Dems to let an admitted sexual assaulter be one of their Senators and Presidential hopefuls, it appears they believe Kavanaugh, on the other hand, should be condemned absent any proof at all.  I’m inclined to believe Americans at large won’t be so easily wooed by such hypocritical white knighting over lessons learned, especially should it come to 2020.

“It’s a Bold Strategy Cotton. Let’s see how it pays off.”

Editor’s note: Sorry but I can’t resist. Message to kids, using Booker as a role model:

It’s OK to commit sexual assault when you are young, as long as you admit it later on and claim that you are changed because of it.

Report: Political Bias At the Highest Levels of DOJ in Russia Collusion Investigation

Can Trump return to the White House?

Trump Weighs In on his Potential Vice President 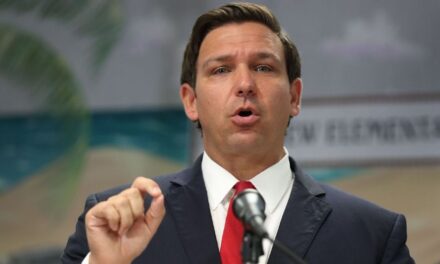