Every politician nowadays, when asked about health care, affirms that the government wants to protect those with “pre-existing conditions.” This means, of course, that someone has a very expensive medical condition and they do not have insurance to cover it.

This has become a massive issue in the health care debate. Everyone wants to solve it, but nobody seems to want to ask the most obvious question?

Why do we have so many people have such serious problems and no insurance?

The answer is very simple. The insurance you buy is not insurance.

Let’s explore the concept of insurance in its purest form. Suppose you have a small village of a thousand people and you know from keeping good records that statistically about 30 of them are going to have a serious accident in the next year that will threaten their livelihood and/or make them destitute.

We don’t know which of the thousand will have an accident, but we know that each such even costs on average $10,000 to fix, and mathematically that works out to $300 per person per year. So each person pays it and when someone does have an accident the money is distributed to take care of them. Everyone contributes, everyone is protected from random chance.  That’s insurance.

The reduction of risk has always been worth the insurance premium so that we are taken care if an unlikely event threatens your ability to survive. Insurance is necessary and good, even though it tends to behave in a socialist manner sometimes, and certain symptoms can arise (like the massive inflation in our current health care industry).

However, the modern mess that we call insurance is different. Given a thousand people, where we expect 30 to have an accident, the process is not quite the same. In the modern case, after we pay them in the short term, we banish them from the freakin’ village!

The banished villager is still part of the same risk pool as he was before. Why, on God’s green earth, with only one accident that we know was, after all, statistically predicted and randomly distributed, has he been cast out of the whole system?

Modern insurance companies do indeed banish people, only they are a little more subtle about it.  Instead of casting you out, they just raise your premiums until you can’t afford to pay them anymore … same difference.

15 years ago, my sister had been paying an affordable amount for insurance, since she was perfectly healthy as far as anyone knew. However, once she was diagnosed with breast cancer and treatments began, her premiums skyrocketed to almost $2000 per month. She could not afford the premiums and eventually was “cast out” i.e.,  forced to drop her insurance. Now she has a “pre-existing condition.”

But wait a minute. She is still part of the initial risk pool. The insurance companies were EXPECTING that a certain number of women would be diagnosed with breast cancer. Why was she treated this way?

The answer, of course, is that insurance companies lose their profit margins with sick people. They get more customers with the lowest prices, and keep their prices artificially low by KICKING OUT anyone who actually uses the insurance, even though they were perfectly acceptable in the initial risk pool and even though their chances of an unlikely event such as breast cancer were judged to be predictably random.

This is how “pre-existing condition” patients are made. In other words:

The structure of the insurance industry CREATES people with pre-existing conditions. This is a corruption of insurance, a perfectly legal mathematical swindle.

So now we have a lot of them. What is the solution?

Obamacare says force the insurance companies accept these folks as new customers .  But this is complete nonsense. First, the consumer with a pre-existing condition will always be charged an outrageously high premium. If you force it, insurance companies will find other ways to screw them over. The business incentives have to match the product.

Second, in a free society, an insurance company should not be forced to be responsible for the bills of someone whom they’ve never met. Insurance companies are private, for-profit entities, not charities.

Third, if we required insurance companies to SELL ACTUAL INSURANCE, we would not have a problem.

This is a government and regulatory problem, not an insurance company problem. Everyone knows the insurance companies are changing the nature of insurance into something that provides more headaches than benefits. Insurance companies have merely outsmarted the regulators, and now sell a defective product. It is legal. The question is why is this legal?

The solution is very simple. Let’s implement one regulation that says once a customer is put into a risk category, they stay there, and premiums do not change merely based on fulfillment of actuarial conditions (i.e., we knew it would happen, unfortunately it happened to be you, so ‘bye!).

This means that once you have insurance, you can stick with it. You won’t have a “pre-existing condition” because you will be able to keep your insurance at an affordable premium. This may indeed raise the initial cost of the coverage (see my book, The Opposite of Obamacare, for further solutions), but at least we won’t be in the business of screwing people over and kicking them out.

By the way, do you think insurance companies will care? They will squawk of course, but in the end, as long as the playing field is level, they will be fine with it. The actuaries will have the industry re-adjusted in a heartbeat.

Personally, I would like to have severe limits on the information used for that initial risk assessment to determine your risk pool. Insurance companies want to use everything from race, age, sex, location, DNA sampling, or anything else to categorize you into ever shrinking and more specialized risk categories. I see too much of this as a severe breach of privacy, and a form of institutionalized bias. However, if you are a smoker, drug user, or have any other stupid behaviors that put you at risk (i.e., not what you are born with, but behaviors that you choose) then perhaps your insurance costs should be a bit higher.

It may seem that I have whip-sawed both for and against insurance companies. But companies in a free society are willing, able and expected to tackle the market in the most efficient and profitable ways, and sometimes their philosophies of public good go by the wayside.

Yes, we will have to do something to take care of people with pre-existing conditions. But, for Christ’s sake, let’s stop creating more! 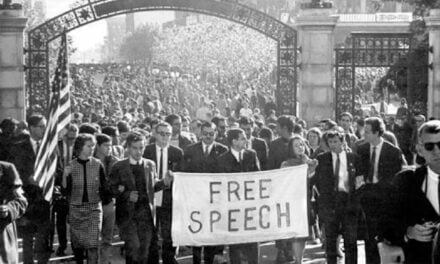