Another Example of How Liberals Have Hijacked Schools, Pro-Life Club Denied

Students at a high school in Allentown, Pennsylvania were denied permission to form a pro-life club by the assistant principal who deemed it too “controversial” and “political.”

Last fall, the students Elizabeth Castro and Grace Schaier went through the appropriate process to start the “Trojans for Life” club, but were verbally rejected from the assistant principal.

Castro then sent an email to the assistant principal pointing out other politically-charged clubs, like the Gay Straight Alliance club and the Multi-Cultural Leadership Club.

“We met all the requirements of Parkland High School to start a club at the school and were denied simply because we are pro-life,” said Castro. “The school is not only denying my right to start a group but denying the opportunity for others at my school to learn about the greatest human rights social injustice of our time.”

Pro-life supporters already are feeling outnumbered and this group of students in Allentown wanted to create a community where they could feel comfortable expressing their beliefs.

Castro wanted to start the club to “create a life-affirming culture at our school, educate our peers on the issue of life, hold diaper drives to support pregnant and parenting students, and become a voice for those who cannot speak for themselves.”

The assistant principal’s decision to deny the club has evidently backfired. Now the school has a controversy on its hands.

“Parkland High School’s refusal to permit Elizabeth and Grace to create a pro-life club constitutes a violation of their rights under both the First Amendment to the United States Constitution and the federal Equal Access Act (“EAA”). Additionally, this denial violates Parkland School District’s own policies regarding student organizations,” writes the Thomas More Society in a letter, a Chicago law firm to the Parkland High School.

“Students do not shed their First Amendment rights at the school house gate,” the letter continues. “Accordingly, a school may not permit some students to organize and express themselves on particular topics while forbidding others the same right—this creates an atmosphere where only ‘approved’ speech is permitted and violates the First Amendment as a content-based restriction.”

The Thomas More Society has demanded that the high school “immediately approve the application for the Students for Life club.”

“While it’s disappointing to have yet another school administration attempt to censor the message of life, it’s heartening to work with such passionate and dedicated teenagers who stand as life defenders, not only in this immediate free speech battle but in our culture as a whole,” said Jocelyn Floyd, the Thomas More Special Counsel to LifeSiteNews.

“Liz is being discriminated against by her school simply because she is pro-life and wants to share that message,” said Kristina Hernandez of Students for Life of America to LifeSiteNews. “That’s unconstitutional.”

Hernandez points out that Liz is not alone and that students across the country are facing the same struggle.

“We are so proud to support Liz and her fellow pro-life students as we work to make sure they are allowed to form their Students for Life group,” said Hernandez.“Her courage is an example to all the other pro-life students in the country who are facing similar situations and obstacles at their schools.”

Author’s note: This is just another example of how liberals have hijacked our school systems. Everyone should be able to express their beliefs openly, especially in an academic community. The conservative stance is constantly being censored in schools and we hope these students get to create a club where they can feel safe to share their viewpoint with like-minded individuals.

HORIST: Reporters can tell the truth occasionally … even on CNN

HORIST: Michael Cohen PROVED nothing other than he is a criminal and serial liar

HORIST: The prospect of impeachment is slipping away 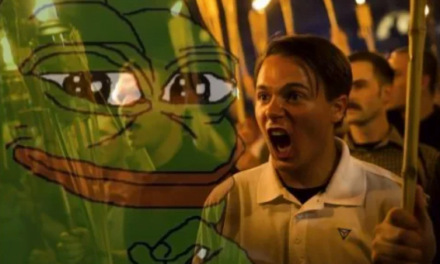