Who is SUFFERING from the inflation … and who is not A lot of Americans are truly suffering from inflation and other aspects of our dysfunctional economy.  But I think “suffering” may be too strong a word for the vast majority of Americans.

They sail through the ups and downs of the economy … the erratic swings of the stock market … and run-away inflation.  Ironically, virtually all those talking-heads we see on the newscasts – who report the terrible suffering of the common folks with mock empathy – are members of the very wealthy class.  Show me an anchor, panelist, and contributor and I will show you a millionaire — even a multimillionaire.  Not all of them, of course, but most of them.  (If you want to play the game, go to your search engine and look up “net worth of [name here]”)

At the bottom of the economic scale are millions of Americans who are truly suffering.  The inflation is forcing them to make painful decisions between a pair of glasses and food for the kids … paying the rent or mortgage payment … paying for gas or medicine.

But then there is the vast majority of us – folks with relatively minimal means to those who are – as they say – “comfortable.  That is the vast majority of us.  Inflation is a pain – an inconvenience.  For many of us, it means making some choices that we do not like.  Maybe a few less trips to our favorite restaurants.  Maybe postponing the purchase of a new suit or dress.

But that is not suffering – not by world standards or even American standards.  We are still better off than 90 percent of the world population.

Do not get me wrong.  I do not like the impact of inflation on my already modest lifestyle.  But suffering?  Uh uh.  I must either pay more to do the things I have grown accustomed to doing, or I have to trim back a bit.

We can know that most Americans are in that middle category where the gas prices … the inflation … and the shortage of some goods … are unhappy inconveniences but not a hardship.  We know that because the skyrocketing gas prices have not caused a significant reduction in the amount of gas being sold.  We are continuing to drive around town or take out-of-town trips much like before.

That can depend on where you live.  I live in Florida, so I now pay about $4.45 per gallon – just below the national average.  I have not reduced my driving despite the price hike, however.  On the other hand, if you live in Los Angeles, you could be paying more than $8 per gallon.  That means you pay a whopping $51.75 more for a 15-gallon fill-up than I do.  The difference is virtually all taxes.

Also, consumer spending is not declining – and may actually be going up.  We cannot have those numbers if the vast majority of people are “suffering.”  Most people are like me – grumbling but not suffering.

Virtually every poll shows that Americans are willing to pay more for gas if it can help Ukraine by cutting Vladimir Putin’s income.  That would not be the mindset if the masses of Americans were truly suffering.

Inflation is not a good thing.  And what might be coming next could be worse … stagflation … recession.  I do not have any problem holding those responsible for the variety of crises America faces.  Just because most of us are not truly suffering, it does not mean we have to like the economic hit we are taking.  Of course, we would like to buy more … and save more.

Just because our ship is weathering the economic storm does not mean we should not hold the captain responsible for steering us onto the rocks. 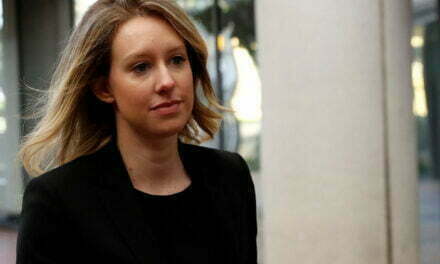 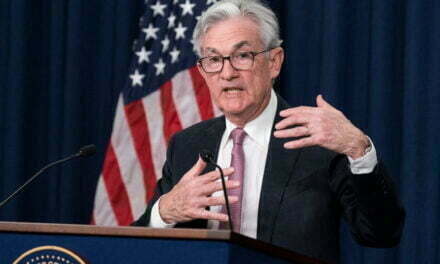