Two-Year Budget Agreement? Not Just Yet!

Senate leaders have agreed on a budget deal with a $400 million boost to defense spending.

But, time is running out to get the bill passed in Congress. Lawmakers only have until midnight tonight to pass the budget agreement.

“The Budget Agreement today is so important for our great Military,” tweeted President Trump on Wednesday. “It ends the dangerous sequester and gives Secretary Mattis what he needs to keep America Great. Republicans and Democrats must support our troops and support this bill!”

The passing of the bill is promising since a majority of Democrats and Republicans are in support of the legislation.

“I am pleased to announce that our bipartisan, bicameral negotiations on defense spending and other priorities have yielded a significant agreement,” said Mitch McConnell, Senate Majority leader. “I am confident no senator on either side of the aisle believes this is a perfect bill. But I’m also confident that it is our best chance to begin rebuilding our military and make progress on issues directly affecting the American people.”

“We have reached a budget deal that neither side loves, but both sides can be proud of,” said Chuck Schumer, Senate Democratic leader.

“I’m heartened that Congress recognizes the sobering effect of budgetary uncertainty on America’s military and on the men and women who provide for our nation’s defense,” said Mattis.

“The bill removes automatic spending cuts – known as sequestration caps – for both defense and nondefense programs. The caps were put in place in 2011 as part of the Budget Control Act to lift the debt limit,” writes Fox News. “The deal would lift the debt limit and also includes disaster relief for hurricane-stricken areas as well as a four-year extension of the Children’s Health Insurance Program (CHIP).”

“It also includes a two-year reauthorization for community health centers, with $7 billion in total funding, and $6 billion to fight opioid addiction,” writes The Hill. “Other funding priorities are $4 billion to rebuild veterans’ hospitals and clinics, $2 billion for research at the National Institutes of Health and $20 billion for infrastructure programs.”

The bipartisan bill is expected to pass easily in the Senate, but Politico is reporting that in the House it may face some opposition.

Several Democrats are disappointed that it does not address immigration.

Specifically, the House Minority Leader Nancy Pelosi is opposed to the proposal in support for Dreamers. After last month’s government shutdown, four congressional leaders decided to separate the immigration debate from the budget bill in hopes of reaching an agreement sooner than later.

She has made a call for House Speaker Paul Ryan to give the lawmakers a chance to weigh in on the DACA deal (a program Trump ended) that deports young undocumented immigrants, also known as dreamers.

“I have unease with it and hope that the speaker will man up and decide that we in the House can also have what Mitch McConnell guaranteed in the Senate – a vote on the floor,” said Pelosi. “Without a commitment from Speaker Ryan, comparable to the commitment from Leader McConnell, this package does not have my support.”

“Speaker Ryan has already repeatedly stated we intend to do a DACA and immigration reform bill—one that the president supports,” said AshLee Strong, a spokeswoman for Ryan.

Not to mention, some Republican Conservatives in the house have also shown some opposition to the budget bill due to the spike in government spending.

“Military spending and defense spending is far above the president’s request,” said Sen. Bob Corker (R-Tenn.) “I’m all for supporting our military and I want to make sure they’re funded properly. It’s very difficult to have that big an increase in one year and then be able to use it wisely.”

However, if this bill is ultimately passed then lawmakers can now focus on immigration and infrastructure deals and will no longer be dwelling on the budget debate.

Author’s note: Although this bill increases federal spending and debt ceilings which is worrisome, it’s time for more bipartisan deals to be passed. We need to get things done. The immigration debate deserves its own discussion, especially because it’s such a point of contention with today’s lawmakers. Who knows how long it will take to reach an agreement that Dems will likely disapprove of anyways. 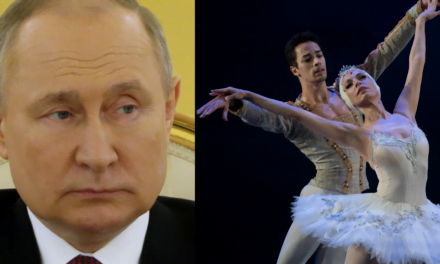