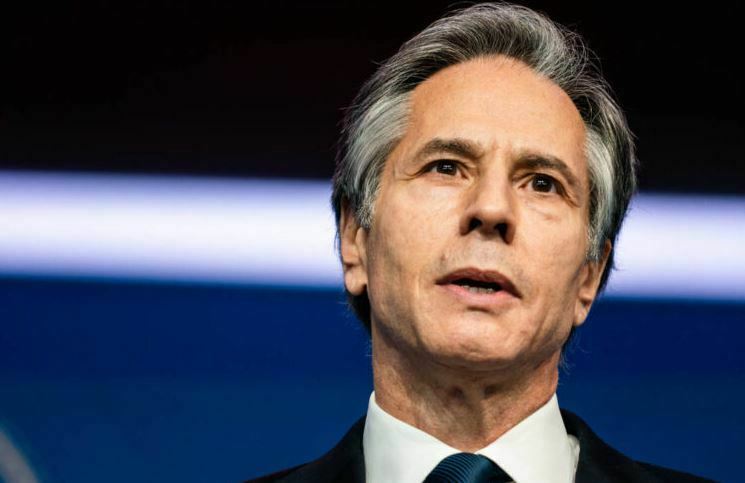 “It remains unclear whether Iran is willing and prepared to do what it needs to do to come back into compliance,” said Secretary of State Antony Blinken on Monday. He was referring to the nuclear deal signed by Iran, the P5+1 nations, and the EU in 2015. “Meanwhile, [Iran’s nuclear] program is galloping forward…The longer this goes on, the more the breakout time gets down…it’s now down, by public reports, to a few months at best. And if this continues, it will get down to a matter of weeks.”

The Iran nuclear deal is known as the Joint Comprehensive Plan of Action or JCPOA. It lifted economic sanctions on Iran in exchange for empty promises regarding Tehran’s uranium stockpile and nuclear development programs. Former President Donald Trump pulled the United States out of the poorly-negotiated deal in 2018. We then reimposed economic sanctions on Iran. Israel celebrated the decision; the country views nuclear Iran as an existential threat. But the EU opposed it, as it hoped to uphold the treaty.

Tehran had been violating the terms of the Iran nuclear deal since Day 1. It responded to Trump’s withdrawal by increasing uranium enrichment. In fact, in July 2018, Iranian officials claimed they had stockpiled 950 tons of uranium. Around that time, Israel offered further proof that Iran was lying about its nuclear research by unveiling documents it had stolen from Tehran.

In April 2021, Biden Administration officials began indirect talks with Iran to determine the future of the JCPOA. A fifth round of talks ended last week, but there has been little progress.

“I hope that the United States will not go back to the old JCPOA because we believe that deal paves the way for Iran to have an arsenal of nuclear weapons with international legitimacy,” said outgoing Israeli President Benjamin Netanyahu.

The enforcement of any nuclear deal will depend on the International Atomic Energy Agency (IAEA) and its ability to monitor Iran’s activities and conduct investigations; beginning June 24th, the agency’s limited ability to do so will be further reduced when a temporary monitoring pact expires.

“What’s going on is serious. We have to be aware of this,” warns IAEA Director Rafael Mariano Grossi. “We cannot limit and continue to curtail the ability of inspectors to inspect and at the same time pretend there is trust.”

This week, Grossi confirmed that Iran is not cooperating with a separate investigation regarding the discovery of decades-old uranium particles detected at undeclared sites.

Blinken says US consulting with Israel over Iran nuclear talks

China Willing to use “Force” to Retake Taiwan