Pope Francis is no moral leader 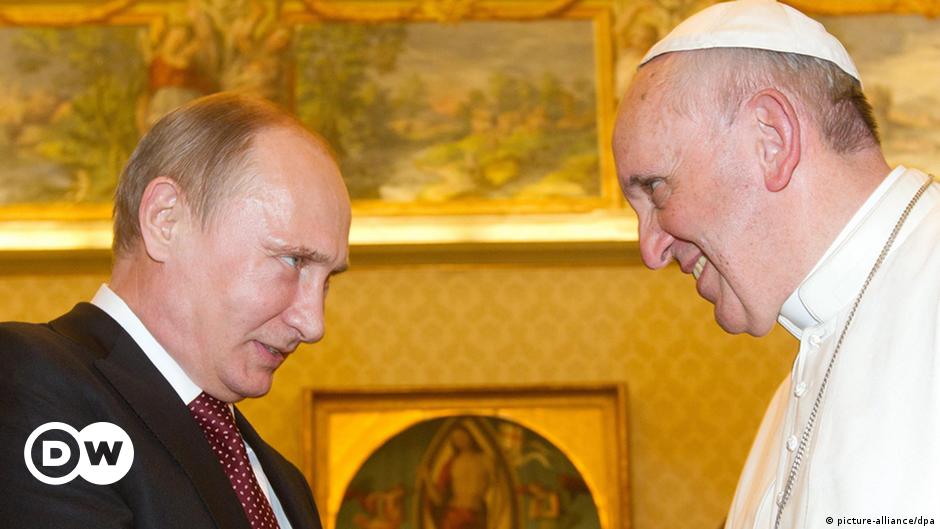 Pope Frances shows sympathy for Vladimir Putin’s claim that the expansion of NATO was a provocation – a justification for invading Ukraine.

Francis is proving again that he is no religious leader who bases his words and actions on solid moral ground.  He is the same fellow who made pragmatic accommodations with the brutal Peronist regime in his native Argentina.

If he wants to be the pragmatic and worldly head-of-state, that is his prerogative.  But spare us the mock piety and moral pretense.

Francis has condemned the war in Ukraine without taking sides – as an establishment diplomat might.  He has said that neither side wins because there is death on both sides.  So far, so good.

But he then goes on to say that NATO’s expansion provoked Russian war criminal Putin.   The Pope goes on to say that a “wise” head-of-state told him as much before the invasion.  This is not the first time the un-Holy Father suggested that Russia had legitimate concerns about the encroachment of NATO.  Specifically, he was referring to the addition of such nations as Lithuania, Estonia, Latvia, Poland, etc.

Francis will not name the “wise” head-of-state … of course.  When one accommodates evil, transparency is never an option.

There is nothing wrong or immoral for free nations to form alliances.  Just because Putin is f-ing paranoid does not give him justification to invade and kill.  Putin is not only a mass murderer, but he is conducting his war in an effort to create starvation.  He is stealing Ukraine’s grain – and destroying what he is not stealing.  He is blocking the transportation routes that would enable the grain to be sent to nations in Africa – nations that will now experience starvation.

Incredibly, Francis has cautioned against viewing the war as a conflict between good and evil.  THAT statement – in and of itself – strips the Pope of any moral authority.  If he does not see the killing of tens of thousands of innocent men, women, and children in a vicious attack on a peaceful nation as abject evil, then the Pope is complicit in mass murder.  It makes the dubious accusations against Pope Pious XII as a Nazi sympathizer look like a minor indiscretion.

If Francis can make excuses for the likes of Putin, maybe he can find justification for ISIS.  Or maybe he can blame the United States for provoking the 9/11 attack.

It is hard to know if Pope Francis is a socialist or a communist based on his hard-left leanings, but we can certainly say without fear of refutation that he is NOT a religious leader with a sound moral foundation.

Memo to Pope Francis:  The War on Ukraine IS a clear division between good and evil – and you are equivocating like you did in Argentina.  You are giving aid and comfort to evil.

HORIST: Ocasia-Cortez is not very bright