Note to Progressives: Stop Trying to Save Me!

Many years ago, I postulated a theory as a joke – well, at least mostly as a joke.  I theorized that the fundamental difference between conservatives and progressives is fear of death.  We conservatives are risk takers.  We do not see all public policy as predicated on using extreme measures to keep us insulated from everything that may threaten our security, our income, our health or even our lives.

That is why bikers tend to be on the conservative side – especially those who hate helmet laws.  Conservatives tend to live with our home and car doors unlocked.  Conservatives do not like reductions in highways speed laws.  We love NASCAR even though it kills on occasion.

Being chance takers, we also accept those rare negative outcomes of our pursuit of a joyful life.  I knew I had a chance of dying when I first jumped out of that airplane about a year ago.  I did it anyway – and wow, what a thrill it was.  I know that my lifelong love of hot dogs – between 10 to 15 a month – will likely shorten my life.  Probably has already.  But we conservatives generally measure our lives on the quality scale – not just by the days on the calendar.

Of course, we also accept responsibility for our actions.  We are less likely to file suits against everyone we can conceivably blame for any misfortunes in our life.  Sh*t happens – and we understand that.

Those on the left seem to have safety and security as their number one concern.  They tend to suffocate society with endless laws to “protect people” – as if they can take the fatal risk out of being human.  They see death avoidance as a number one human priority.

Conservatives tend to be on the patriotic – America first – side of the equation because our nation is – or maybe once was – a conservative culture.  We believe in rugged individualism – personal freedom balanced with personal responsibility.  We resist being regulated by elitist leftists in Washington.  We live by the saying, “Don’t make a federal case about it.”

Surveys have shown that conservatives are more charitable than left-wingers.  We donate more to good causes and to churches.  We adopt more children. (Three times in my case.)  We are more likely to come to the rescue of our neighbor – even at risk to ourselves.

For generations, the political left has sought to care for their own security and wellbeing by making government their protective womb – feathering their own nest with handouts instead of earnings  – even if that meant sticking their grandkids and great grandkids with the bill.  They will spend any amount of money – and anyone else’s money – on a vain attempt to enhance their own sense of safety, security and wellbeing.

In the initial stages of the Covid-19 pandemic, you could spot the liberals.  They were the first to wear masks, rubber gloves and wipe off every surface they touched with alcohol wipes.  Some of them were doing that even before the outbreak.  They often showed public disdain to others who were not following the fear-driven lifestyle.  And as is their habit, they passed laws that required the rest of us to live by their narrow rules.

While conservatives are willing to face life-threatening risks, progressive snowflakes demand government protection from even an unkind word.  And Covid-19 has brought out the worst in them.

I wear a mask to enter the grocery store – not because I choose to, but because I am not allowed to enter without one.  If that were not the law or requirement, I would not be wearing one.  In fact, before it was mandatory, most folks in the store were not wearing masks.

Our Publix has instituted one-way aisles.  Of course, that is more symbolic than a safety measure.  The theory is that you do not have to pass people going in opposite directions – but you still must pass people who stop to check out a shelf.  Most people seem to be ignoring the one-way signs on the floor (including me)-  and no one is complaining, as far as I can tell.  I see that as a positive sign.

For the modern liberals, government is their doctor, their police officer, their soldier (even if they will not do the fighting) and … yes … their surrogate parent.  “Please, please, please make me safe and secure,” is their mantra.  “Take my money.  Take my freedom.  Just make me safe.”  “Just DO NOT make me responsible.”

If that sounds like I am trying to make the case that we have gone – and are going – too far in combating the Covid-19 virus, that is exactly what I think.

The latest news stories carry the scaremongering to new heights.  We are heading into the worst depression in American history, they say – with 25 to 40 million on unemployment.  If that is what happens, the Covid-19 pandemic will look like a pop stand human crisis by comparison.

They act as if every death is a tragedy.  I was there to watch my mother suffer from cancer – and I considered her eventual death a blessing.  And I have heard that sentiment many times.

I honestly believe that future generations will look at the decision to shut down the world economy as one of the worst public policy decisions of all time.  I do not mean the admonitions to wash hands, stay home when sick or avoiding the most vulnerable when sick.  That is always good advice at any time — and had been the common practice anyway.

I mean shutting down all those businesses that are frequented by all those folks who were always unlikely to get the disease – and get only a mild case if they did.  All those folks who now face desperation in their ability to pay the bills, feed the kids and plan for an optimistic future.  So … what about their sense of security and wellbeing?

So, as an old guy with all those underlying conditions, let me tell you that my life is not worth the cost we are imposing on the greater society.  So … I say please, please, please stop trying to save me at such a high cost to so many.

CNN is Wrong, the “No Fly” List is Un-Constitutional 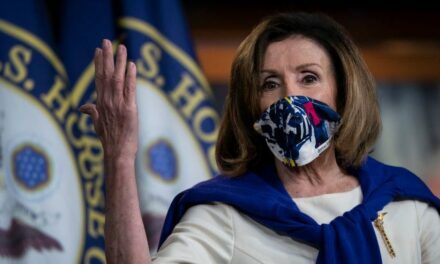