Is Lebanon Becoming a Failed State? 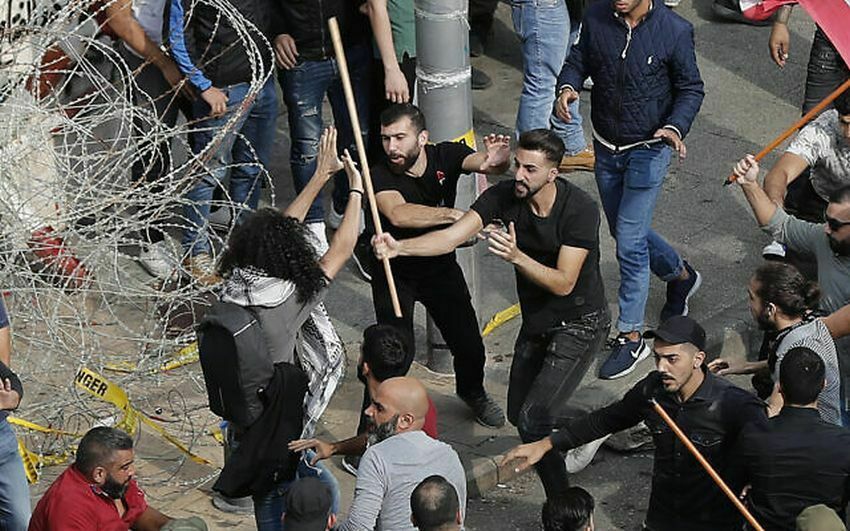 A year after the massive explosion that rocked Beirut, Lebanon has continually faced societal and economic fallout as hyperinflation and limited resources turn the nation into what can now be said to be becoming a failed state. How did all of this happen?

According to a recent report from the World Bank, “Lebanon’s GDP plummeted from close to US$55 billion in 2018 to an estimated US$33 billion in 2020, with USGD/ capita falling by around 40%. Such a brutal and rapid contraction is usually associated with conflicts or wars… This illustrates the magnitude of the economic depression that the country is enduring, with sadly no clear turning point on the horizon, given the disastrous deliberate policy inaction. The social impact of the crisis, which is already dire, could rapidly become catastrophic; more than half the population is likely below the poverty line.”

Did all this happen because of the explosion? Or is there more to what is happening now than the effects a year out from the initial damage? According to reports, the blast caused around $15 billion dollars of damage and resulted in the deaths of 200 people. After the event, pressure from the population forced the government of Lebanon to resign.

At the time, Lebanese Prime Minister Hassan Diab said, “I set out to combat corruption, but I discovered that corruption is bigger than the state. I declare today the resignation of this government. God bless Lebanon.”

The government decided to call it quits only a single day after the explosion in Beirut.

Even before the explosion and before the pandemic, before 2020, Lebanon’s public debt to GDP was the third highest in the world, owing more than it produced. Unemployment was then at 25% and nearly a third of the population was below the poverty line. In the past year, all of that has continued to skyrocket as economic and social hardships widen across the nation. Many said that a state sponsored Ponzi scheme was to blame for the crisis beginning, as the elite used the central bank to borrow from commercial banks to pay its debts as the people of Lebanon were left behind. With the current currency collapse, banks are now refusing to give individuals access to their accounts, and at times they are allowed to access their funds they find are much less than what was originally placed.

Back in 2016, banks had offered citizens remarkably high interest rates for returns on dollar investments. Initially, this seemed to be a good thing to the people of Lebanon, but in just a short few years time it all came crashing back down as the currency fell quickly over the short time. By 2019, foreign exchange dollars dried up and elites couldn’t maintain campaign promises to the people for financial and social reform, resulting in mass protests across the nation. Then came the explosion in 2020, following the government resigning the next day. Now, a year later, you see the effects of decisions made in the prior years culminating into what is now becoming a failed state. Lebanon still is essentially without a government, as public officials struggle to determine who has authority over what. Judges seeking to investigate the explosion and how it occured have continually faced resistance and division, being replaced during the process of attempting to investigate with new judges who come to face the same issues. Still no one knows exactly how the explosion was allowed to happen, which was caused by 2,750 tons of ammonium nitrate that was improperly stored at the port and resulted in the explosion of 2020.

With inflation rates around 400% in the country, wide spread food and supply shortages have been rampant as well as electrical outages across the land. Tensions over shortages over fuel and food have led to violence at times across the nation. Even today a dispute over fuel in the region resulted in several deaths due to gunshots. A hand grenade was also said to be thrown during a disagreement. Outbreaks of violence spread from the area of Badawi to Tripoli. Once again, that is just from the news today. The nation has been facing this decline for the past few years and the explosion in Beirut certainly made everything worse.

Shortages are so extreme in Lebanon that its national electric company has introduced a rolling blackout system which only provides an estimated one hour of electricity per day to homes and businesses within the nation. Many are resulting to generators to keep the lights on for longer, but the fuel shortage even further prevents citizens from attempting to provide for themselves.

Lebanese American Imad Salamey told the Wall Street Journal that, “Not only do we have an absence of government and a political vacuum, but we’re going to have a severe problem with the function of the state of Lebanon. We are heading toward the unknown.”

There is still some hope for positive change here though. On July 18th, union elections were won by a coalition of opposition and civil society groups. This independent victory in the public sphere could be a signal for positive change to occur in the coming future. Still, this is only a small step in an uncertain direction, as the fallout is occurring now and change may not be able to wait until more political elections set to occur next year. Also, the Lebanese system is built and designed in a way that provides religious division intended on balance that was the reason behind the 15 year civil war that ended in 1990. Their system is based from an unwritten national pact adopted by elites back in 1943, when the country first gained its own independence from France. The agreement states that the President must be a Maronite, the Prime Minister must be a Sunni and the Speaker of Parliament must be a Shiite. While this is intended to create balance, it continues to create division and further lack of decisional unity leaving the government itself unable to move forward with proper resolutions. Parliament seats are to be divided on a 6 to 5 ratio of Christians to Muslims, then further divided amongst its 18 officials recognized religious sects. All of this together makes the changes necessary now nearly impossible to culminate as the nation itself continues to fail the people.

While hope still exists for the people and the nation, the day by day life is becoming more and more difficult to exist within. The nation has a severe risk of becoming a failed state.

Furthermore, looking at how this happened, it is simple to see how these same exact situations could possibly spread to other countries around the globe. Financial policy, creating excessive debt, borrowing beyond a country’s means, creating money providing false hope with unbacked stimulus, divided leadership, shortages of resources, inflation, currency devaluation, protests, along with additional unexpected and damaging events both natural and human made all sound like potential issues facing just about every nation across the planet. Even here in the United States.

It’s an awful thing to consider into thought, but looking at Lebanon today, it is all humanly possible. Not only that, but these things have happened to the world before. It is not impossible that they could happen again. Anywhere. Or even worse to consider, everywhere for that matter, looking at the state of global economics today.

We must learn from the mistakes of the past and present histories of humanity, and work to ensure that we survive with freedom and prosperity for the future. For Lebanon to the United States, and for all the world around.

A human who works like a machine for the future of nature, technology and the freedom to dream. As a Constitutionalist turned Republican over the years from being a former Democrat, Jacob shares a wide range of viewpoints that is impossible to place into any box of modern thought. With a deep passion for creativity and a love for the foundational values of the United States, Jacob's vision here is to inspire a world of free market capitalism across the globe where humanity can be free to think and produce as they see fit. For the individual, for our families and for God. Jacob Machine currently has 5 albums of self produced music, 3 published books and has directed 2 feature length films. Always working to bring more dreams to reality every single day. His most recent book, Understanding 2020: An American Journal is a day by day analysis and reflection of the events of the year 2020. He started writing the book on January 1st of the year, having no idea or conception of what was to come in the days ahead of the time. An essential read for anyone concerned with the time. His most recent movie, Shirt Happens, is about a suicidal boy who comes home from work to fall asleep. In a dream, different aspects of his personality talk and convince him as to why he shouldn't kill himself and to keep working. The movie is a dark comedy, designed to show how anyone has the capability of learning to laugh at their own pain. Machine music can be found on all streaming platforms as M4CH1N3. Machine movies can be found for free to stream on Youtube. Machine books can be purchased on Amazon as Jacob Machine. His motto: "Don't look up to me. Don't look up to any human. I only desire to inspire all of you to become the best you that you can be. Work to make you true". Discover the future today https://linktr.ee/jacobmachine3 IG @jacobmachine3

In Venezuela: Extrajudicial Killings in the Thousands per Year 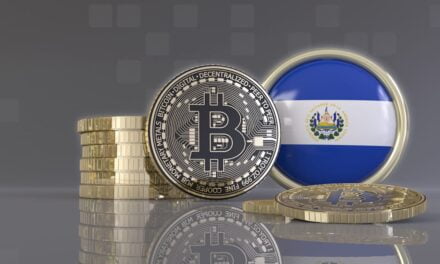 HORIST: Democrats support Trump on China trade … but not the biased media