Inciting Violence is Okay If You’re a Democrat 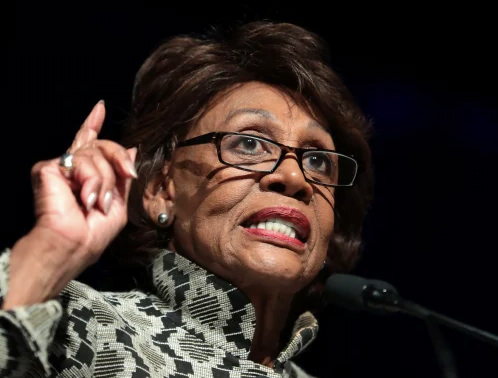 US Rep. Democrat Maxine Waters of California is facing fierce criticism after inciting violence by encouraging protestors gathered in Minneapolis to ‘get more confrontational’ if Derek Chauvin was not convicted of murder for the death of George Floyd.

“We got to stay on the street, get more active, more confrontational,” she said during an interview with Unicorn Riot.

Like former President Donald Trump, Waters has a reputation for brash and provocative comments.

“We need civility in this country, but the idea that you’re asking people to go forward, that becomes very dangerous and it becomes a risk inside our country as well,” said Minority Leader Kevin McCarthy (R-CA) at the time.

Earlier this month, Waters told Rep. Jim Jordan (R-OH) to “respect the chair and shut your mouth,” when he exceeded his allotted time frame during a conversation with Dr. Anthony Fauci.

Last weekend, Waters paid a visit to protestors gathered outside the Brooklyn Center Police Department over the killing of Daunte Wright. “We cannot be still,” she said. “We cannot be satisfied, until we get justice.”

Critics have compared Waters’ encouragement to protesters this week to Trump’s speech on January 6th. That is when he told supporters to “fight like hell.” Democrats then blamed Trump for inciting a riot, the most popular social media site in the country banned him, and the House impeached him.

“Why is Maxine Waters traveling to a different state trying to incite a riot? What good can come from this?” tweeted Rep. Lauren Boebert (R-CO).

Author’s Note: In yet another example of hypocrisy, Democrats seem to have no problem inciting riots and violence. At the same time, they blast Republicans for imaginary acts of inciting violence.

School Board Cancels Holidays, Replaces Them with “Day Off”

HORIST: When is a trial NOT a trial?