HORIST: Ocasio-Cortez needs a time out

Now let’s give Alexandria Ocasio-Cortez a break.   I am a believer that the United States House of Representatives is a place in which people of all backgrounds and experiences should serve – even those who are a bit behind on the learning curve.  It is obvious that she won an office in which she is ill-prepared to serve.  The only question is whether she is educable.  And so far, she had not been showing any hint of that.

We have often elected people with shockingly limited knowledge.  One only needs to recall the congressman who expressed his concern during congressional testimony that the island of Guam may tip over if we put too many heavy military assets there.  That is not an article in the humor publication, The Onion.  It really happened.  Then there was the guy who said we should stay on Daylight Savings Time all year to give the crops more sunlight.  With a little research, one could probably do a book on all the stupid things said by our legislators.  The difference between them and Ocasio-Cortez is that she demonstrates ignorance virtually every time she opens her mouth.

What makes Ocasio-Cortez different is rather than take her seat in the back row and use her time to bone up on the issues, the procedures and just how America really works, she is on a national ignorance tour.  That is largely due to the fact that the radical Democrats and the left-wing media have provided her with seemingly unlimited exposure on the national stage.  She has become the Paris Hilton of politics.

Despite what she might think, they are not doing her a favor.  While her daffy ideas and thoughts generally evaporate in the public conscious faster than a drizzle on a hot summer day, her intellectual gaffes light up social media.  They are becoming her public persona.  She has created an entirely new shock level for shocking ignorance.  It is a bit like the watching the whiskey jug player on the old Gong Show – but there is no gong.

On one occasion, she revealed that she was not aware of the three branches of government and how they operate.  That is eighth grade civics – although if she attended public schools in New York City, there may be a reason she was not aware.

Most egregiously, Ocasio-Cortez is now one of the nation’s most prominent advocates of left-wing economic socialism – and she is totally clueless of any economic principles.  Her plan to fund Medicare-for-all was taken from an article she read – correction, misread – in The Nation.   She thought she could skim $21 trillion dollars off the Defense Department budget to pay for two-thirds of her impossible-to-pay-for proposal.  She was so wrong that the Washington Post – a usually friendly field for the far left — had to call her out on it .

For the record, the ENTIRE discretionary portion of the federal budget is just over $1 trillion.  That means Ocasio-Cortez would pay for her Medicare fantasy by using up the entire federal budget for the next 21 years.  No defense, no food stamps, no infrastructure, no free education. No Congress for her to serve in.

Ocasio-Cortez is an unfortunate combination of ignorance and arrogance.  She appears on television more as a congressional leader than a freshman legislator.  She has promised that as soon as she is inaugurated, she will start signing bills.  Of course, legislators do not get inaugurated – they get sworn-in – and they do not sign bills.  The President does that.

She is organizing a “green caucus” within Congress.  Standing alongside here for the announcement was Senator Bernie Sanders – which means it is possible that the entire caucus was present for the announcement.  Under her plan, she said America would be off all fossil fuel in 10 years.  If any reader can let me know where I can place a few side bets against that happening, let me know.

And even if there was an attempt to do so, the disruption in the economy in such a short timeframe would create a depression-like crash.  We’re supposed to put millions of workers out of their jobs and shut down our powerful energy industry?  Of course, Ocasio-Cortez claims her government-subsidized green energy industry would create more than enough new jobs.  Not in those numbers and not fast enough.

Rest assured that renewable green energy will eventually take over, but it will be by gradual transition and the result of the private competitive market – just as all of our most successful market evolutions have happened.

While radical Democrats like National Chairman Tom Perez and Socialist Senator Bernie Sanders call Ocasio-Cortez the new face of the Party, a LOT of other Democrats are not so sure.  There is a less radical faction within the Democratic Party that is worried that Ocasio-Cortez will drag the Democrats too far to the left – too far past the comfort zone of the majority of Americans.

Ocasio-Cortez’ repeated IQ lapses have spawned an entire culture of “Is so dumb that …” jokes – like she is so dumb that it takes her two hours to watch “60 Minutes.”  Or comments like, “Does reading her tweets lower one’s IQ?”  Yes, such jokes are insulting and tasteless, but she would not be the brunt of them if she would learn to keep her ill-informed mouth on pause. 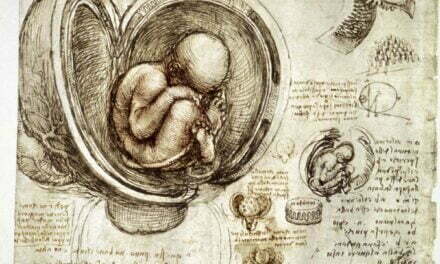 What would Justice Ginsburg have done?

NATO Members Continue to Lag Behind on Military Spending