Facebook CEO Mark Zuckerberg and his wife Priscilla Chan have been accused of contributing nearly $500 million to voting rights groups as part of a scheme to “throw” the 2020 election to President Joe Biden.

As described in a legal complaint filed with the IRS by the Center for Renewing America (CRA), Zuckerberg and his wife utilized tax-exempt voting rights groups to send millions of dollars to Democratic jurisdictions in swing states like Arizona, Georgia, Michigan, and Pennsylvania.

The three voting rights groups named in the complaint are:

The CTCL awarded grants to more than 2,500 jurisdictions that had been struggling to afford the equipment, postage, and printing necessary to cater to the historic increase in the number of Americans seeking to vote by mail.

The CTCL only gave money to election agencies that agreed to open more polling locations, increase the number of ballot drop boxes, and make other changes that increased the likelihood of fraud (as we all know, Democrats utilized the pandemic to advocate for atypical voting methods that greatly increased the risk of fraud).

The image above shows how the CTCL spent its “Zuckerbucks” to assist election agencies in key swing states.

“Our elections should never be for sale, but they were in 2020,” argues House Election Integrity Caucus co-chair Rep. Claudia Tenney (R-NY). Based on her review of the CTCL’s IRS Form 990, roughly 90% of the grants issued by the CTCL during the 2020 election cycle went to Democrat-leaning counties that voted for Joe Biden. This resulted in increased voter turnout in hundreds of Democrat-leaning counties and “provided Democrats with a clear advantage over Republicans.”

In its complaint, the CRA asks the IRS to prevent Zuckerberg and his wife from claiming personal income tax exemptions based on their donations to the three voting rights groups and to revoke all tax exemptions for the groups.

“It is beyond disgraceful to imagine federal taxpayers subsidizing the partisan preferences of billionaires who easily could have given to a Democrat super PAC in 2020,” argues the CRA. “But, of course, then they would not have been able to take a tax deduction, so they disguised the political nature of their donations and shuffled them through ‘charitable’ intermediaries, making ordinary Americans foot the bill.”

If these accusations are true, Zuckerberg and his wife are guilty of violating federal law and there should be a criminal investigation.

“At the very least,” continues the CRA, “it is incumbent upon the IRS to recoup what is likely a false tax deduction on a roughly hundred-million-dollar order of magnitude: an unlawful taxpayer subsidy running to support Democrat electioneering purposes.”

Those defending Zuckerberg claim Plouffe was hired to assist local governments on a “non-partisan basis” and point to the CRA’s status as a conservative policy group with a Christian mission statement.

In August, the Federal Election Commission (FEC) issued a 6-0 ruling describing Zuckerberg’s donations to the voting rights groups during the 2020 election cycle as “apolitical,” “non-partisan,” and “intended only to ensure that all Americans could vote safely, regardless of party affiliation or candidate preference.”

You can read my previous article on Zuckerberg’s election meddling here.

How Private Money From Facebook’s CEO Saved The 2020 Election 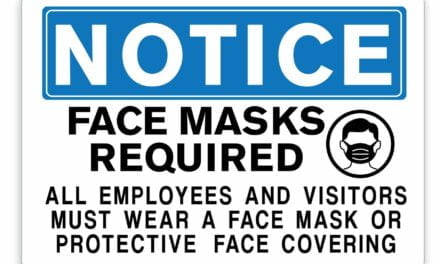 FBI Lied about Steele Dossier to FISA and Senate