Democrats have a fascination with losers 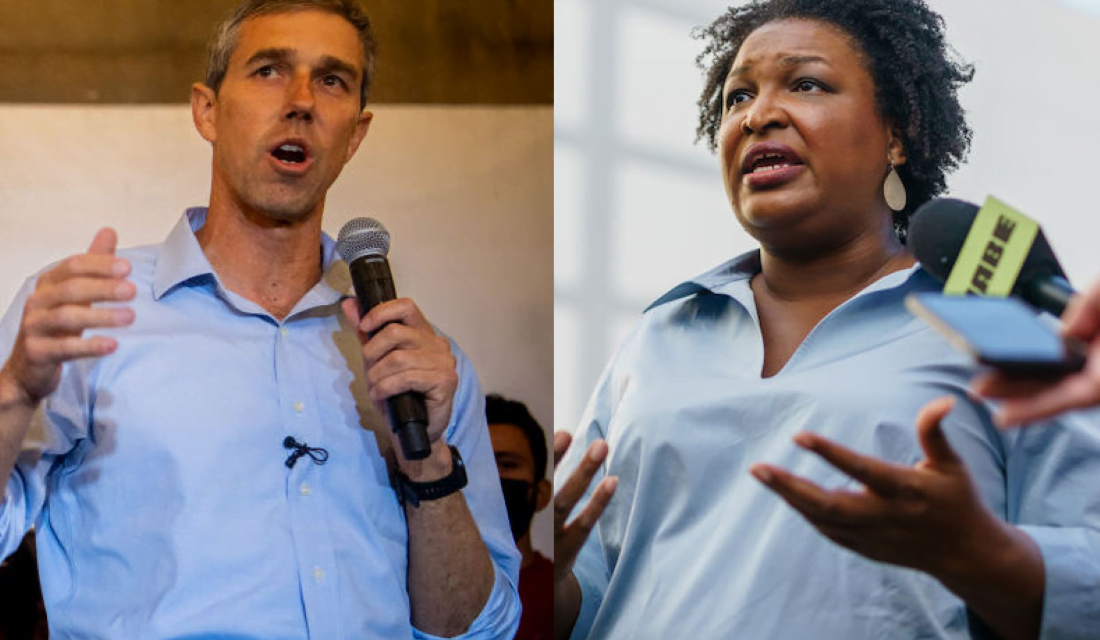 Democrats have a tendency to create iconic political figures – sort of fame-over-substance folks.

Whether they are winners seems to make no difference.  The left-wing media keeps them propped up with piles of undeserved positive publicity.  Failing to become an officeholder, they at least can serve as personalities.

One of the first that comes to mind is Stacey Abrams.  Her greatest political accomplishment was getting elected to the Georgia State House in 2006.

In 2018, she ran for Governor of the Peach State to the acclaim of the national press.  Her fame made her one of the best-funded candidates in America.  She lost.  She claims she was cheated and never conceded her defeat — gracefully or otherwise.

A lot of Democrats ran for governor that year – and many of them won — but they are not the subject of constant promotional publicity by the news media as is Abrams.  After her initial defeat, she was still declared to be a major personality and powerhouse in the Democratic Party – more so than governors that won their elections.

Abrams ran – and lost – again a gubernatorial race in 2022 – and by a wider margin than she lost in 2018.  She was running against the same guy.  And yet, a number of the talking heads on MSNBC, etc. still claimed that she has a great future in politics and in the Democratic Party.

Some even say she would be a good selection for Vice President in a future election … or suggest that she would make a good chairperson of the Democratic National Party.  Losing two elections is hardly the best recommendation, so I doubt that would happen.  Even Democrats must apply common sense at times.

In 2016, Beto O’Rourke came out of the obscurity of a Texas congressional seat to run for President of the United States.  He claimed that he was “made to be President.”   (I wonder how many of the also-rans felt the same way.)

Like Abrams, campaign money poured in for O’Rourke. He was immediately the darling of the limousine liberal set in the Democratic Party – and the media.  While he was getting a lot of attention, voters and those competing against him for the Party’s presidential put the kibosh on his campaign.

Failing in his bid for the Democrat presidential nomination, O’Rourke decided to take on incumbent Texas Senator Ted Cruz.  Again, Democrats gave him their support for the race – and a lot of money.  Regardless, he lost.  Many in the media had declared his losing campaign a sort of victory because he came close – which only has value in horseshoes.

Weeell … O’Rourke came back, and the hapless Texas Democratic Party gave him the nomination for governor – this time against the extremely popular Governor Greg Abbott.  Lone Star Democrats were apparently not aware of the old saying that, “the definition of insanity is doing the same thing and expecting different results.”

And still – after three very expensive losses – a number of Democrat pundits and media types were still claiming that O’Rourke has a “bright” career in politics and elective office.  The way things are going along the Texas southern border, O’Rourke may not even be able to reclaim his old congressional seat.

Despite the adulations of SOME folks in the Democratic Party, Abrams and O’Rourke are not great leaders – and are not the best prospects for future elective office.  In the parlance of the profession, they are has-beens.

They may still be regulars on the left-wing media circuit.  That is because their recognized leadership abilities are largely limited to the far-left faction of the Party.

Abrams had her last successful run for public office – her last hurrah — in 2016 when she won re-election to the Georgia State House– and O’Rourke in 2012, with his last run for Congress.  They may still be able to rouse the radical rabble on the left – and continue to appear as panelists on MSNBC — but their political currency is not faring as well with the less radical faction of the Democratic Party.

One of the brutal realities in politics is that there is no future for folks who keep losing.  Comebacks after one major defeat are rare – and after two, even rarer.  And after three … ?

Health Care: A Right or a Privilege?

Biden Says If You Want Free Housing, Just Commit a Crime or Two