Democrats’ Failed Attempt to Stand Up to China 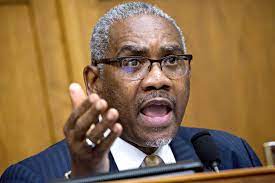 New York Rep. Gregory Meeks (D) this week introduced a proposal that aims to counter the policy challenges posed by China and to pressure Beijing on human rights.

The so-called EAGLE Act addresses a wide range of concerns including increased investment to promote American manufacturing, trade, and reengagement in international organizations.

It also demands audits of all Chinese companies listing on US financial markets to determine whether they have committed or contributed to human rights violations.

“[As China] has grown in economic heft, its government has unfortunately used its newfound influence and power in ways that run contrary to the interests of others in the region and clashed with the very international order which facilitated its rise,” says Meeks.  “China increasingly seeks to undermine that rules-based order and challenge America’s place in it.”

Meeks’ proposal is a great start. However, it fails to make mention of unfair trade practices, intellectual property theft, or China’s culpability in the pandemic. The provisions designed to increase American support for Taiwan and pro-democracy activists in Hong Kong are so weak as to be non-existent and the rules designed to hold China accountable for its greenhouse gas emissions will never hold.

Like President Biden, Meeks seems to believe that all we need to do to get along with China is talk. This could be a disastrous bill. Not because the measures it contains are bad, but because the things it ignores will continued to be ignored for the rest of Biden’s presidency.

You can hear Meeks talk at length about his proposal here:

Editor’s Note: This is very much an appeasement bill and is exactly what I would expect from the Biden Administration. China has always been able to manipulate treaties to its advantage. And Trump was the only one that would not allow this to happen.

Sweeping Bill to Counter China Introduced in US House

Flashback to the Atrocities of WWII

Is Israel Preparing for War with Iran?