Collusion: The Riots are Backed by Democrats – Here is How I Know 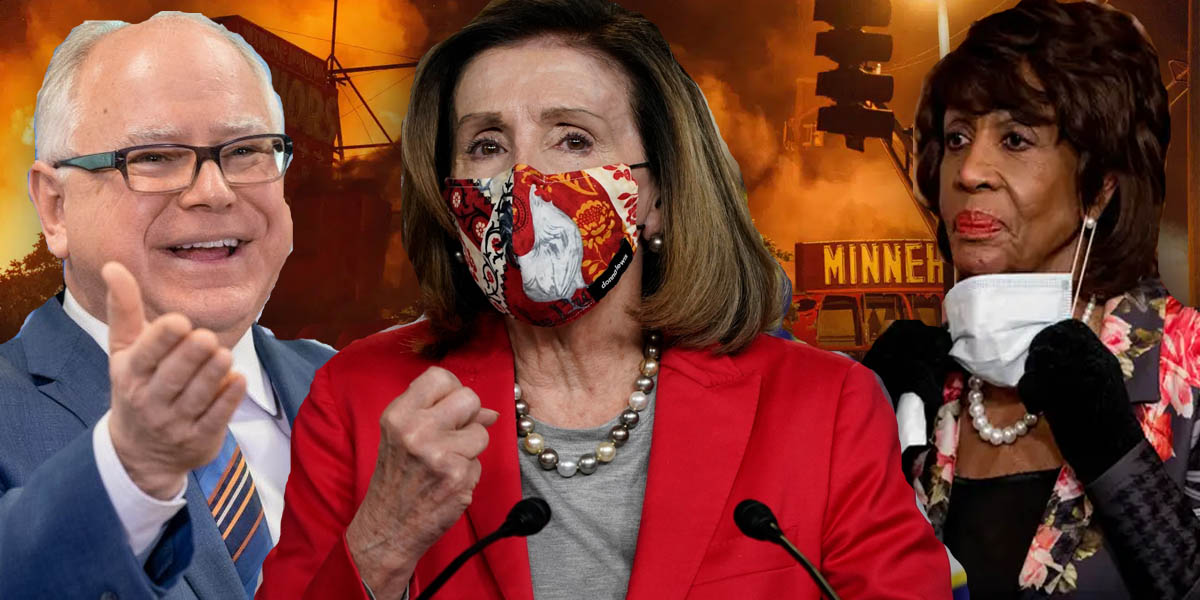 Maxine Waters traveled to Minnesota and told protesters they need to “stay on the street” and “get more confrontational” with regard to the Chauvin trial. This, in simple terms, is inciting a riot.

Chauvin, if you recall, was the police officer who had his knee on the neck of George Floyd when he died. Chauvin is on trial for murder. But if you have been watching the trial, you may come to the conclusion that while Chauvin’s actions were not what you want to show people on television, they a) may have been warranted by the danger of the situation, i.e. a very large agitated man on drugs, and b) likely were not the cause of Floyd’s death.

The most fair result possible is that an impartial jury makes the decision on Chauvin’s guilt or innocence without interference, that is the process set in our Constitution to prosecute crimes.

But if anyone from the jury happens to learn about Maxine Waters’ statements, they may fear the consequences of turning in a “not guilty” verdict, i.e. a riot that might kill people and destroy major part of the city that they live in.

That is jury tampering. Think about it, Waters is making a threat, this is a direct threat to the city that these jurors live in. If they don’t convict Chauvin of first degree murder, their city turns into a war zone. People you know from your community may be hurt or might die if you don’t change your decision based on the threat.

How do I know that this is collusion among Democrats? Maxine Waters is not under arrest.

The governor of Minnesota, Tim Walz, is a Democrat. He should have an interest in keeping the peace and could have worked behind the scenes and prevented Waters from arriving, or he could have threatened charges to keep her out or he could actually have her arrested. He is doing nothing.

The Brooklyn Center Mayor, Mike Elliot (who is mayor only as a part time job), actually fired the city manager for suggesting that Chauvin be given due process. I don’t believe he is part of the collusion, I believe he is scared and is taking bad advice from outsiders. He has little power to do anything. (But if he were to arrest Waters he would become a contender for higher office as a Republican!)

And where is the FBI? They of course cannot act without the approval of the Biden Administration. Clearly, Waters has committed multiple crimes. REAL crimes. But they do nothing. In fact, the Speaker of the House, Nancy Pelosi is defending Waters to the hilt. They cannot arrest Waters without a green light from the politicians who control their purse strings.

Realize that this would not happen where the governor or state attorney general were Republican. It is only the fact that everyone up the chain of command is under Democrat control that allows this. If you want to know what can be done about it, all you have to do is watch what Governor Ron De Santis is doing in Florida. There is not a single city in Florida that is out of control like this.

The Democrats want the riots to happen.

There is no other conclusion I can draw. They want the riots to be destructive, where people will die, businesses and homes will be destroyed and we have a mass spectacle for the world to judge us by. It is part of their “apologize for America” wealth redistribution agenda that most of America finds ludicrous, it is furthering their race baiting propaganda that has divided America so starkly, it is an attempt to consolidate power using the most heinous of techniques.

Gilbertson: We are under attack by China! Am I the first to realize?

Will the Peoples’ Republic of Chaz secede from the Union?