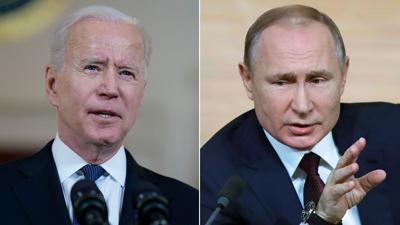 If you want to judge the scope of Biden’s foreign policy disaster, you need to take in the post-travel reports from the left-leaning media.  The various talking heads seemed to have difficulty in mounting their desired effusive praise – with the exception of the sycophants at “Morning Joe.”  For the most part, the elitist media were damning the trip with faint praise.

But not Joe Scarborough.  He declared it to be the most successful presidential foreign tour in modern history.  Geez!  The hyperbolic praise of Biden is getting totally ridiculous.

What about President Nixon in China – ending the Cold War with Beijing?  President Reagan’s meeting with USSR leader Mikhail Gorbachev – shattering the Soviet Union and ending the Cold War with Russia (at least until Vladimir Putin took over).  Even President Trump’s first foray overseas – in his case to Saudi Arabia and Israel – which led to a closer working relationship between the Jewish state and several Muslim-majority nations, which later culminated in actual peace treaties.  And Trump’s visit to North Korea, which ended belligerent missile testing and the return of prisoners and MIA remains.

Whatever one might thing of those presidents or the accomplishments, at least there were delivered “deliverables.”

CNN saw the Biden/Putin meeting as a win for both.  Sorry, but that is not even possible.  When two powerful adversaries meet, one will win and one will lose.

Biden’s main point at the G7 and NATO meetings was that America was back.  That is one of those statements that can mean anything any individual person may want it to mean.  Back to what?  The old talk … talk … talk diplomacy that failed so miserably in the past?  Judging from the outcome of the three major events on Biden’s schedule – G7, NATO and Putin – that would seem to be the case.

Biden staff set the bar low for the trip by saying up-front that there are not likely to be any “deliverables.”

In diplomatic circles, that means nothing will be achieved and nothing changes in terms of real action … nothing.  And in that, Biden kept his word.

The G7 meeting produced nothing.  It was agreed that every serious issue would be subject to future discussion.  The talks produced only a promise to talk more in the future.  There were no actions to be taken against China for concealing the truth about Covid-19 – as well as their continued hegemony over the South China Sea, the genocidal campaign against the Uighurs, the unfair trade practices, the stealing of intellectual property, and any other of China’s anti-American, anti-Europe activities.

There were no actions to be taken against Russia for seizing part of Ukraine, forcibly annexing Georgia, cyber attacks on the United States, meddling in American elections, aggressive military action in the Middle East, knocking off opposition leaders and so much more.

NATO did issue a toothless communique critical of China and Russia – but like the G7, there was no enforcement … no action.  Just more talk about talking more in the future.  The worthlessness of the NATO communique was evident in the fact that none of the NATO nations announced sanctions against China or Russia.  Au contraire.  They intend to continue to do business with the Communist Bobbsey Twins as they have in the past.  And that is also true of the United States.

Bonn, specifically, has moved ahead with the Russian pipeline that would ship gas to Germany – providing billions of dollars for the shaky Russian economy.  It is the opposite of sanctions – but rather a positive benefit to Vladimir Putin.

Was Biden up to the task?

In some ways, Biden was reminiscent of President Franklin Roosevelt at the post-World War II Yalta Conference between Winston Churchill of Great Britain, Joseph Stalin of Russia and Roosevelt.  Russia came out the winner. And many historians attribute that to the weakened condition of FDR, who died just a couple months later.  That is not to say that Biden was as bad off as Roosevelt. But his weakness was on display throughout the meetings.  He had a number of “Biden moments.”

The stamina difference between Putin and Biden was evident in (1) the fact that Biden refused to speak directly to Putin in a public press conference and (2) in the comparison of the two world leaders when the spoke separately.  Biden’s press conference was about 20 minutes – and he took questions only from a few reporters who were previously designated.  It was embarrassing to see Biden reach into his pocket as say that he has been provided with a prioritized list of reporters to call upon.  And even then, Biden’s performance was shaky at times.  At one point, he blew up at a reporter who raised a question but was not on the approved list.

It may have been the reason that they decided that Biden would not stand next to Putin in a post-meeting press conference.  It showed a lack of confidence on Biden’s part. But his handlers apparently thought that was less damaging than a public face-to-face meeting.

Putin, on the other hand, was robust during his two-hour press conference. He took questions randomly for the full press corps.

Biden did meet with Putin in private and claims to have raised the critical issues with the Moscow Murderer.  We do not know if he really did, but we do know that nothing changed.  There was no release of prisoners.  In fact, Biden did not even get Putin to promise to end the cyber attacks on the United States or stop meddling in our elections.  Putin’s response to those issues was a hearty laugh and a blanket denial that Russia does such things.

Biden did provide a list of the sixteen strategic infrastructures that Russia and the United States should agree are off-limits in terms of cyberattacks. It was a nutty proposal.  The ENTIRE United States should be off limits from criminal cyber-attacks.  Of course, Putin did not even agree to that.

And what about those microwave attacks on American embassies that are believed to be carried out by Russia?  Not a word about those.

There was one specific outcome of the chat with Putin.  We will again exchange ambassadors – somewhat normalizing our relationship with Russia.  Of course, that is the last thing we need to be doing until we see movement on our issues from the Kremlin.

The failure of the Putin meeting to accomplish anything beneficial for the United States was evident in the feeble closing joint statement.  To wit:

We, President of the United States of America Joseph R. Biden and President of the Russian Federation Vladimir Putin, note the United States and Russia have demonstrated that, even in periods of tension, they are able to make progress on our shared goals of ensuring predictability in the strategic sphere, reducing the risk of armed conflicts and the threat of nuclear war.

The recent extension of the New START Treaty exemplifies our commitment to nuclear arms control. Today, we reaffirm the principle that a nuclear war cannot be won and must never be fought.

Consistent with these goals, the United States and Russia will embark together on an integrated bilateral Strategic Stability Dialogue in the near future that will be deliberate and robust. Through this Dialogue, we seek to lay the groundwork for future arms control and risk reduction measures.

Nothing but empty rhetoric about future talks and potential agreements from a man who cannot be trust to keep his word – referring to Putin, in this case.

There were no hoped for “deliverables,” and, indeed, there were none.  But in terms of the imagery, Biden lost at every conference and meeting.  Even his claim of normalizing the relationship between America and the rest of the world failed.  Despite the partisan praise, America came away no stronger, no more influential than it was before the meetings – arguably even losing the public relations game.

Oh … for sure many of the foreign leaders praised Biden and looked forward to his return to diplomatic normalcy.  You know … the sort of normalcy in which the United States is the international sugar daddy.

Biden closed off his performance by saying, “I did what I came here to do.”

He intended to do nothing – and that is exactly what he accomplished. 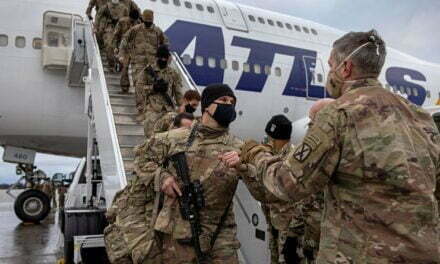 Is Leaving Afghanistan the Right Decision?