Attorney General William Barr on Tuesday released a statement in support of a federal civil rights lawsuit that seeks to prevent transgender athletes in Connecticut from competing as women in interscholastic sports.

The lawsuit was filed in February by a group of female track and field athletes who are sick of losing races to biological males who identify as females.

State rules allow transgender girls to compete in women’s sports even if they have not completed the sex change process.

“Mentally and physically, we know the outcome before the race even starts,” complains Alanna Smith, a sophomore at Danbury High School. “That biological unfairness doesn’t go away because of what someone believes about gender identity. All girls deserve the chance to compete on a level playing field.”

The Connecticut Interscholastic Athletic Conference (CIAC) argues its policy allowing trans athletes to compete without restrictions is “appropriate under both state and federal law.”

The plaintiffs insist the policy makes a mockery of Title IX, the law that established female sporting teams at schools.

“Males will always have inherent physical advantages over comparably talented and trained girls – that’s the reason we have girls sports in the first place,” argues attorney Christiana Holcomb. “And a male’s belief about his gender doesn’t eliminate those advantages.”

In allowing biological men to compete against biological women, the CIAC is clearly failing to acknowledge the physiological differences between men and women, writes Barr. “In so doing, CIAC deprives those women of the single-sex athletic competitions that are one of the marquee accomplishments of Title IX.”

The two trans athletes named in the suit are represented by the ACLU, which argues that its clients are “just trying to enjoy their final track season of high school…and now have to contend with the federal government arguing against their right to equal educational opportunities.” 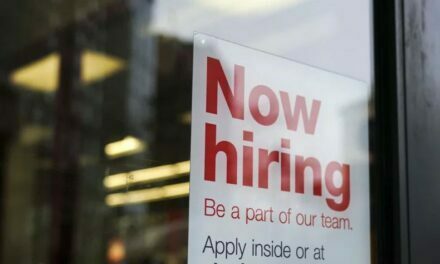 Is the Economy Back on Track?