An Interview with Jackie Siegel, the Real Queen of Versailles & the Founder of Victoria’s Voice Foundation 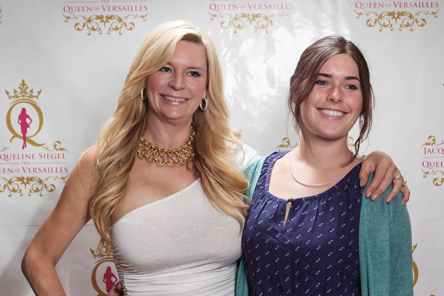 Everything can change with a simple phone call. That’s what I took away from my interview with Jackie Siegel, also known as the Real Queen of Versailles.

Jackie Siegel is the definition of American royalty. She lives in a mansion and likes fur coats and little dogs. She has a private airport. And she also dreams of building a safari where guests can feed giraffes from the windows of treehouse cabins.

In 1993, she won the Mrs. Florida America beauty pageant and now serves as the pageant’s director. Her husband David Siegel is the billionaire owner of Westgate Resorts. They have 8 children. His net worth is $500 million.

In 2004, Jackie and David began construction on a 90,000-square-foot palace dubbed Versailles. When completed, it will be the largest home in America. In 2014, David purchased the Las Vegas Hilton and the future had never looked brighter.

Jackie Siegel and her family were at a wedding in Park City, Florida when she phoned home to check on her 18-year-old daughter, Victoria, who had decided to stay behind. The family’s nanny answered the call and told Jackie that her daughter was unresponsive. Victoria had died from an opioid overdose shortly after leaving rehab. Had the first responders been carrying Naloxone, she may have been saved.

As Jackie told me during our interview last week, “Drugs are not prejudiced.” What happened to Victoria can happen to anyone.

From that point on, Jackie and David Siegel dedicated their resources to one thing: saving lives.

Shortly after Victoria’s death, the Siegels founded the Victoria’s Voice Foundation to educate young people about the dangers of opioid abuse, bring awareness to parents, and increase access to Naloxone. Victoria’s Voice partners with schools through its Victory Clubs – a drug prevention and awareness program that incentivizes students to make the choice to be drug-free. The program went nationwide this year and Jackie hopes to eventually partner with the Department of Education.

In 2019, Jackie had the courage to publish Victoria’s diary. The book is a great resource for teens struggling with the challenges of adolescence and for parents who may be unaware of the threat opioids pose to young adults.

Did you know that drug overdose is the leading cause of death among Americans ages 15-23?

The coronavirus pandemic made it worse, Jackie told me, as more kids started using drugs to cope with anxiety, loneliness, and boredom.

Jackie Siegel describes the opioid epidemic as an “invisible hurricane” and fears it will wipe out the next generation of artists, inventors, and composers. We may even lose the person who invents the cure to cancer, she said.

Making opioids even more dangerous is fentanyl, a synthetic opioid that can be deadly in doses as small as 2mg. Fentanyl is between 80 and 100x stronger than morphine. There is no way of knowing if a pill you’ve purchased is laced with fentanyl – it’s like Russian roulette.

The prevalence of fentanyl has increased dramatically since President Joe Biden took office as his immigration policies fail to stop drug traffickers from entering the country. From January to May, Border Patrol Agents seized 95 pounds of fentanyl (enough to kill 21 million people) compared to just 11 pounds seized during the entirety of 2020.

To end on a brighter note, Jackie and I agree that the opioid epidemic is tragic enough to bring Republicans and Democrats together at a time of historic animosity. Drugs don’t take sides. And neither can we if we are to succeed in saving the next generation from opioid abuse.

You can learn more about Jackie Siegel and Victoria’s Voice here:

The Princess of Versailles 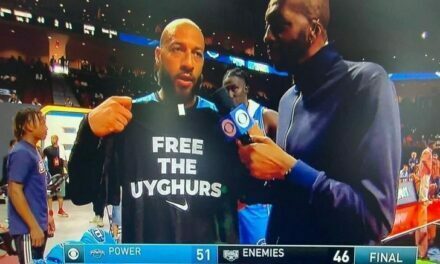 Brave Basketball Star Stands Up to the NBA, Nike & China 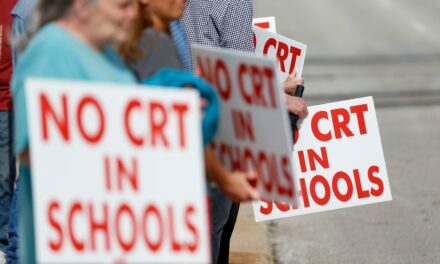 Parents Fight Back Against “Woke” Education